By Craig Daly: Gervonta ‘Tank’ Davis sent a Tweet out Floyd Mayweather Jr, the owner of Mayweather Promotions, on Wednesday, asking him when he will be sending him his “termination papers.”

It’s unclear why Mayweather Promotions would need to send Tank Davis (27-0, 25 KOs) his termination papers if his contract with them has expired.

When a contract expires, it’s a different situation from when you’re terminating. For Tank to be asking Mayweather and Leonard Ellerbe for his “termination papers” suggests that he’s still being promoted by them.

If Tank’s contract expired, why would that need to be verified by Mayweather? Assuming Tank is still under contract with Floyd, why would he give him his “termination papers” when he’s on the verge of his biggest career fight next year against Ryan Garcia?

If anything, you would want to keep Tank around for that fight until his contract expires because he will bring in a lot of money for himself and his promoters next year.

Did Tank terminate the contract and is now looking for verification that he’s no longer with Mayweather Promotions? It’s hard to understand what Tank meant by asking Floyd to give him his “termination papers.”

It is clear that Gervonta wants to be apart from Mayweather to go his own way, be it with another promoter or to promote himself. Even without Mayweather Promotions, Tank’s fights would likely continue to be shown on Showtime and would promote himself.

Gervonta is probably still being advised by Al Haymon and PBC, and he would be giving him the information he needs to keep his career moving forward.

With Gervonta’s popularity, he’s like a machine at this point, and he’s going to continue attract a lot of interest for his fights, even without Mayweather Promotions. When you get to the level of where Tank is at, you don’t need a promoter like the less popular fighters do.

WBA ‘regular’ lightweight champion Tank recently said that his contract was up Mayweather Promotions with his last fight against the Mayweather-promoted fighter Rolando ‘Rolly’ Romero last May.

Why would Mayweather let Tank go if his contract with them isn’t expired? It’s not as if Floyd has another popular fighter that can step in and make the money that Tank was bringing in. 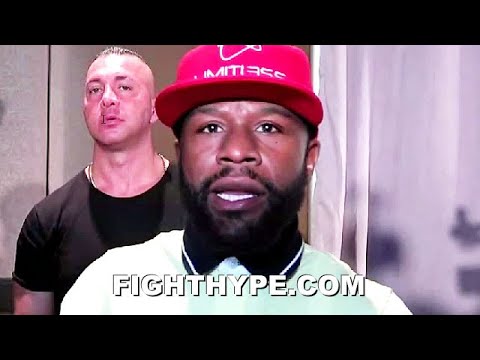 Take Your Betting to the Next Level in 4 Steps: NBA Betting Guide

City star out for ‘4-6 weeks’, could miss Liverpool game

Gerrard names players he wishes he could have played with

Who Were The Great Fighter’s But Never Champions?

FSG may have already received multiple approaches for…

Bellingham could ‘go to Liverpool as early as…

Here Is How To Sign Up For BetMGM Kansas App, Capture Best…