Dodgers News: Justin Turner Talks About His Cleats Decorated for an Important Reason


During Tuesday’s doubleheader with the Diamondbacks, Dodgers third baseman Justin Turner wore some special cleats designed by children who are battling cancer. In the first game, his cleats were designed by a young fan named Kaylene.

Justin Turner wore cleats in Gm 1 designed by a young hospital patient named Kaylene. He’ll wear another set in Gm 2.
‘It’s my way of wearing them out on the field … and representing them and hopefully providing a bright spot (after) the tough draw they got in life.’ https://t.co/SAl4Zv2vYc 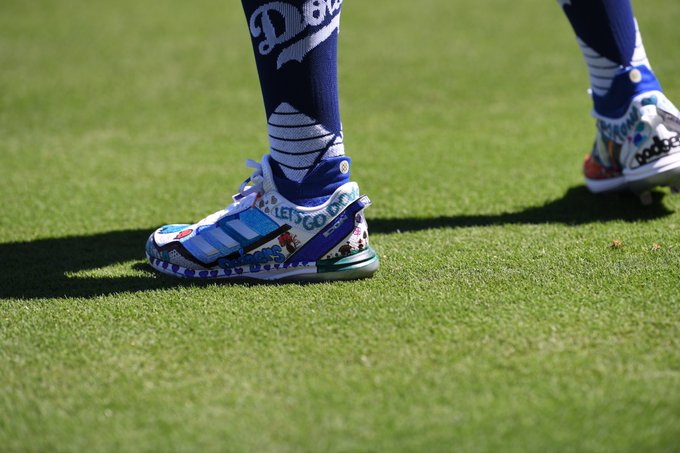 Heartwarming to see, especially as someone who grew up a Dodgers fan all my life. LA Dodgers star Justin Turner wore these cleats in his last game. The Armenian flag was drawn on by Arthur Galystan, a 12 year old Armenian-American fighting cancer. https://t.co/ft0sbbrMoL 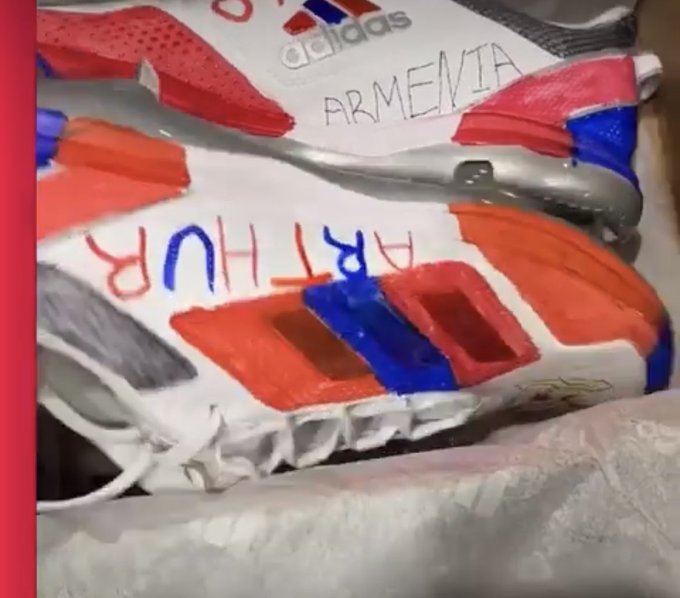 As Turner explained to David Vassegh before Wednesday’s game, it’s a gesture the Dodgers star does to let children battling cancer know they’re not alone.

“It started a few years back. … September is Childhood Cancer Awareness Month, and … MLB does acknowledge it, we do, on September 1, wear the gold ribbons and the gold wristbands, but I’m not 100 percent convinced that that’s enough. … So, a few years back, I decided to send some cleats to the hospital, I actually got to go into the hospital with the cleats — this was before the pandemic — and go in and hang out with the kids and tell them what I was doing and why I was doing it and watch them design their cleat and draw on it and color on it and write their names, their family’s names, or their nurses. They get so close to the nurses and the doctors in the hospital because they’re constantly working with them.

“It was just something that was really cool the first time I did it, and I was like, ‘There’s no way I’m not doing this every single year from here on out.’ This year, it just happened to work out that we had a doubleheader in September, so it was perfect. So I sent two pairs of cleats, one pair went to Kaylene and one pair went to Arthur, and they both got to design both cleats and color them. They’re getting better and better every year, they were fantastic, and it worked out great that I got to wear one pair for the first game and the second pair for the second game, because these kids, they don’t have very many opportunities to leave the hospital. So this was, hopefully, symbolic for me of wearing their design on my cleats out on the field, and helping them be with me at Dodger Stadium for a game.”

Seriously, are you crying yet? It’s no wonder Justin Turner has been the Dodgers’ nominee for the Roberto Clemente Award five times now. He and his wife, Kourtney, are genuinely wonderful people who try their best to give back to their community. What a cool experience for Justin, Kaylene, and Arthur.

David Avanesyan vs. Oskari Metz on March 19th in London