Both Brusdar Graterol and Blake Treinen returned from the injured list a few weeks ago, and both headed back to the IL in relatively short order.

Their returns have been lumped together for the past couple weeks, but on Wednesday, Dodgers manager Dave Roberts un-lumped them.

Dave Roberts said Brusdar Graterol will be activated tomorrow. Blake Treinen isn’t ready yet
Roberts said Treinen is “just not bouncing back the way any of us would have hoped.” Added he’s still not certain if Treinen will be able to contribute in October yet

“I think Brusdar’s ready for tomorrow, and we’ll just kick the can a little bit with Blake.”

This is good news for Graterol, who started slowly this season but has a 0.89 ERA since June 5. Of course, he’s only pitched in 19 games in those three-plus months because of the two injuries, but if he can get healthy at the right time, he could be a dominant force out of the Los Angeles bullpen in October.

Dave Roberts provides an injury update:
– Graterol will be activated Thursday.
– Gonsolin will do a live BP Thursday.
– Roberts is hesitant about reactivating Treinen, “he is not bouncing back the way any of us would’ve hoped.”
#Dodgers https://t.co/gaj4XU5hJ4 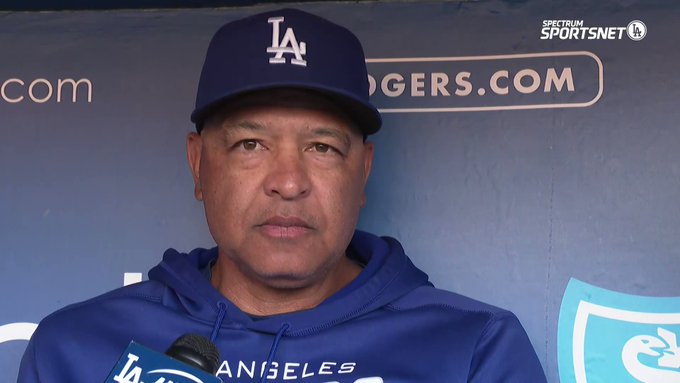 Graterol hasn’t pitched since August 28. He had missed about six weeks with a shoulder issue, then returned for about a week and four appearances before heading back to the IL with elbow inflammation. His return to the IL allowed another shot for Phil Bickford, who has been outstanding over the last three weeks; the home run Bickford allowed Tuesday night was the first run he’s given up in his last 10 appearances.

Graterol’s return on Thursday will likely send Michael Grove back to the minors. Grove started the first game of Tuesday’s doubleheader and pitched better than his final line showed in his no-decision.

WNBA: What the Atlanta Dream can learn from the champion Las Vegas Aces

What’s next for the Carolina Panthers at all-important…

Did Davante Adams depress his value too far?

Where to find Sevilla vs. West Ham on US TV