When the Dodgers need to clinch, they turn to Clayton Kershaw. For the fourth time in the last ten years, Kershaw took the mound with a chance to clinch the division. And for the fourth time, he dominated, shutting out the DBacks for seven innings in a 4-0 division-clinching victory for Los Angeles in Arizona.

After the game, SportsNetLA’s Kirsten Watson asked L.A. manager Dave Roberts how fitting it was for Kershaw to be on the mound in this particular game. 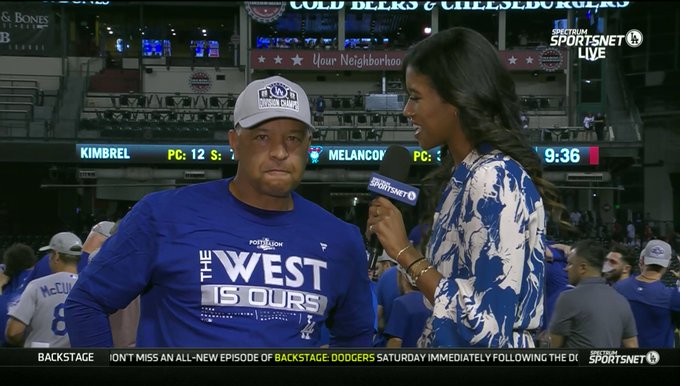 It was Kershaw’s 394th start for the Dodgers. Kersh was a fireballing 20-year-old when he made the first start; there’s less fire in the 34-year-old Kershaw’s arm these days, but he appears to have replaced whatever he lost in “stuff” with an increase in “know-how.” His season ERA is down to 2.44 this year, even lower than his 2.49 career mark that is the best in the live-ball era for any pitcher with at least 1,500 innings pitched.

The Dodgers didn’t need Kershaw to be so good in this game. They came into the game with a magic number of one, so they were going to win the division at some point. It didn’t have to happen on Tuesday night.

But Kershaw got the ball, and he made sure it happened. A little help from his friends on offense, a couple great plays by his friends on defense, but this was Kershaw’s night.

Anthony Joshua to be trained by Robert Garcia for Oleksandr…

Canelo Says If Bivol Loses To Zurdo, No Rematch For Him

Jordon Ibe’s comeback is edging closer as he begins…

What will Yuta Watanabe’s role be when he returns?