By Brian Witter: Chris Eubank Jr says he was greeted by a random drug testing team when he returned to his hotel room today following his fight with Conor Benn being canceled/postponed for Saturday night.

Eubank Jr says he was “happy to take” the drug test, as he’s a “clean athlete” and has “never failed one.”

I imagine that Benn (21-0, 14 KOs) wishes he was in the same boat after failing a VADA test for the banned drug clomifene, which is why his fight with Eubank Jr is now officially off after the British Boxing Board of Control chose not to sanction the bout.

Benn’s promoter Eddie Hearn gave a brief press conference today in which the media weren’t allowed to ask questions. During the press conference, Hearn pointed out that Benn isn’t suspended and that the Eubank Jr-Benn fight has been “postponed.”

“We do feel he’s not been given due process in this situation before him.”

Benn still maintains that he’s a “clean athlete” despite his positive test, but he will need to prove that to the fans. For starters, if Benn could reveal the results of his B-sample to the boxing public, that would go a long way toward proving that he’s a “clean athlete.” Of course, if the B-sample is dirty, that would compound the train wreck that we’re witnessing.

How about I get you a jet to the U.K tomorrow & we scrap at the o2 on Saturday for the fans that are now missing out because Conor Benn fumbled AND crumbled under the pressure. You come in as heavy as you want #ForTheFans #EubankJrPaul https://t.co/DHlBOfXvXA

“Yes, it was absolutely discussed until even this morning between all parties, and we looked at different things,” said Kalle Sauerland to iFL TV when asked if he looked into having a different commission sanction the Eubank Jr vs. Benn fight.

“We wanted to follow it from the beginning until the end to the letter of the law, and the matter was taken out of our hands. We still feel the handling of it was inappropriate.

“It’s now at the stage where we look at rescheduling it, and that’s what we’ll address now. Chris was ready to fight, but it’s been taken out of our hands,” said Sauerland. 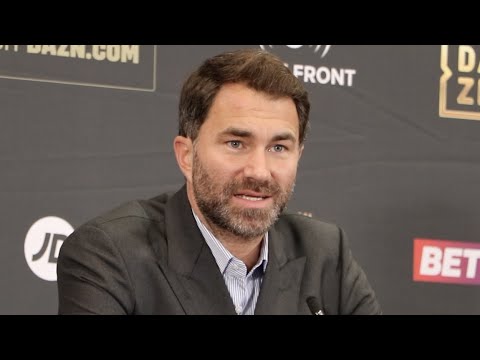 Ryan Garcia must “EARN” title shot against him

Conor Benn: “I Am A Clean Athlete”