By Vince D’Writer: On Friday night August 12, boxing fans who were tuned in for a night of boxing were witnesses to a series of strange events. Former world champions Tevin Farmer (30-5-1, 6 KOs) and Mickey Bey (23-3-1, 11 KOs) were scheduled to face each other in a 10-round lightweight bout at the Findlay Toyota Center in Prescott, Arizona.

The match between Farmer and Bey was supposed to take place in May at the Coca-Cola Arena in the Dubai, but the fight was postponed due to the unfortunate death of President Sheikh Khalifa. The organizers of the event, Bigger Than Life Sports & Entertainment, were able to reschedule the bout for the August 12 date, and it would air live on Redemption pay-per-view for the going rate of $30.

During the night of the event after the four undercard bouts, an announcement was made to inform the fans that the super middleweight co-feature between Lorenzo “Truck” Simpson (11-0, 7 KOs) and Tyi Edmonds (14-4, 9 KOs) was canceled. Also included in the announcement was the cancellation of the main event between Tevin Farmer and Mickey Bey.

Both Farmer and Bey wanted to fight, and they were willing to fight, but the promoters didn’t produce the money according to Farmer and Bey. The two boxers went on IG live to address the fans and give them a reason for the cancellation. “We apologize to the fans. We did our part. The promoters pulled a slick one on us. We did our part. We tried to bargain with them and do what we could to get in the ring by any means necessary,” Mickey Bey stated.

Cancellations in boxing are unfortunate occurences, but this one was very unprofessional, and the promoters are at fault. It was indeed a bizarre situation for the boxers, but Baltimore native Lorenzo Simpson experienced an extremely unusual night.

Prior to the cancellations Tyi Edmonds’s team had a dispute in regards to the gloves Simpson was planning to use for the fight. They made Simpson aware of the fact that they didn’t want him to wear the Grant gloves, and they insisted he use a pair of Title gloves or they were pulling out of the fight.

Simpson agreed to the glove change, and he was issued a pair of Title gloves that appeared to be used, and in addition to being used, the gloves had visible spots of dried up blood on them. Despite the condition of the gloves, Simpson was still willing to use them for the sake of salvaging the fight, but unfortunately the fighters were informed that the promotional company didn’t have the money.

After finding out about the monetary issues, undisputed lightweight champion Devin Haney, who was in attendance to support Lorenzo “Truck” Simpson, decided to visit Tyi Edmonds’s dressing room to make him an offer. Haney offered to pay his purse in cash, but Tyi’s mom who is also his manager, and his dad who is the trainer refused the offer because they didn’t sign a contract with Haney, and they were worried about the mindset of their fighter.

The night of August 12 was filled with drama, but unfortunately the drama wasn’t taking place inside of the boxing ring. It was a bad night for boxing and a bad look for the promotional company Bigger Than Life Sports & Entertainment. 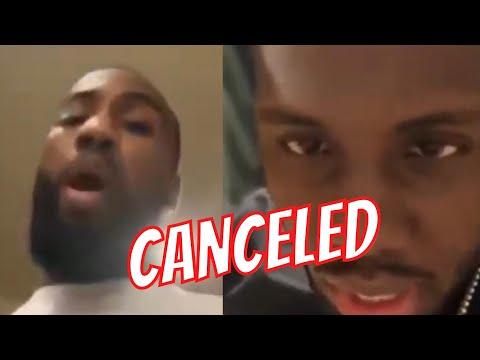 Hughes edges out Galahad in an underwhelming lightweight fight

10 reasons why Fury vs. Joshua should (but probably won’t) happen next

Coach Orlando Vandross: The Strategic Transformation Of A…

Daniel Jones and Other Giants Dilemmas

Can you trust him with Jalen Hurts’ injury?