By Jack Tiernan: Eddie Hearn finds the timing strange that the BBBofC is prohibiting the Chris Eubank Jr vs. Conor Benn from going ahead this Saturday when they have been aware of Conor’s failed drug test for some time.

Hearn says he’s ready to do whatever is needed for him to ensure the Eubank Jr-Benn fight proceeds this Saturday night on DAZN pay-per-view at the O2 Arena in London.

Obviously, the boxing public would be less enthused about paying to watch the Eubank Jr vs. Benn fight if it were to be an exhibition match rather than a real fight that counts in the record books for both fighters.

“There’s a lot of things we can do. We can use another commission, we can file an injunction, we can have an exhibition,” said Eddie Hearn to Behind The Gloves about him wanting to make sure the Eubank Jr vs. Benn fight still takes place on Saturday.

“Bear in mind what’s happened during the last week or so, and the Board was aware at the same time; it seems like a funny time to move forward with that ruling when they’ve known about that for some time.

“Obviously, they were most concerned about was Team Eubank was aware of the situation, had analyzed everything, and was happy to proceed of which they are.

“They [Team Eubank Jr] were happy to proceed with this bout on the medical advice they took. We never expected there to be a problem with the fight because the British Board of Control don’t acknowledge VADA testing.

“They have their own agency, which is UKAD, and all of his UKAD tests have been negative. So, he’s not suspended, there’s been no violations. So in that case, if there’s no suspensions, the fighter is cleared to fight.

“The Board has come up with this other thing today where it’s not in the best interest of boxing for him [Benn] to fight. Okay, you kind of need to suspend him. Otherwise, so is that against Eubank or in general. Is that this Saturday or next Saturday? There’s too much uncertainty.

“We don’t want to go down the legal path. I’m not saying we should forget about an adverse finding, but we should let due process take place for someone to carry out that investigation and hearing.

“That won’t affect the Board’s decision. They have not, and they will not suspend Conor Benn. He’s cleared to fight. But they’re not allowing, in this instance, the sanction of the fight this Saturday.

“We need communication, or we’ll have to act accordingly. At the moment, the Board is choosing not to sanction the fight. The courts can have the final say; other commissions can come in and handle the fight. We will do that if we don’t get answers.

“The Board is saying, ‘We’re not suspending Conor Benn.’ We’d rather you suspend Conor Benn, but you can’t because you don’t acknowledge that testing [by VADA]. As far as you’re concerned, all the testing he’s had with UKAD, he’s innocent. He’s cleared to fight.

“If you’re not suspended, you can fight. We need a hearing to find out the process. The fighters, in their mind, the fight is happening. They’re all in. We are fighting on Saturday,” said Hearn. 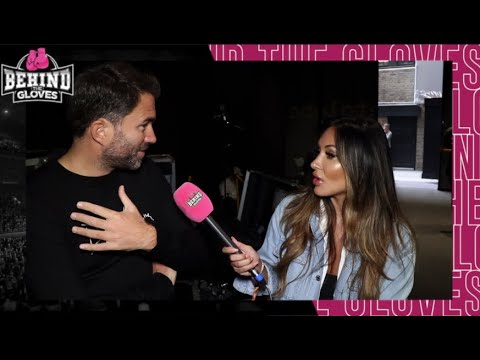 (Video) Liverpool fans get first glimpse of Nunez with the…

What is guillotine fantasy football?

3 adjustments the Toronto Raptors need to make in 2022/2