The Philadelphia Phillies are in town for a weekend series. The first two games have been an unpredictable see-saw with the two teams combining for 31 runs scored. One thing was certain though with the Phillies in town – Chase Utley would make a trip Dodger Stadium. 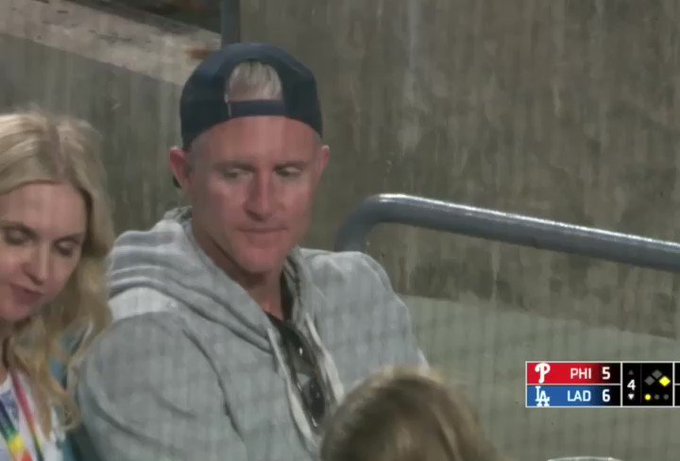 The native southern California has been a frequent guest at Chavez Ravine whenever the Phillies are in town. After all, he spent his first 12 MLB seasons on the Phillies where he earned six All-Star selections and helped Philadelphia win the 2008 World Series.

Of course, Utley’s Phillies beat the Dodgers in the NLCS that year as part of their title run. They also took the Dodgers down in the 2009 NLCS (4-1).

The Dodgers acquired Utley in August of 2015 for minor leaguer John Richy and Darnell Sweeney. Utley immediately brought a veteran presence to the Dodgers clubhouse and certainly deserves some credit for helping LA transform from a good team, to a great team that would reach back-to-back World Series in 2017 and 2018.

One of the younger Dodgers Utley helped along the way was Austin Barnes. Coincidence or not, Barnes went 3-for-4 with a walk in Friday’s game as his old mentor looked on.

As Joe Davis explained during the broadcast, Utley was also the one who gave Austin Barnes his nickname, “Sam”.

It’s always great to see the Silver Fox at the park.

Barcelona’s 2022 US tour features stops in Florida and…